Lucky Amy Tan!  Her latest novel The Valley of Amazement has made the New York Times' 100 Notable Books of 2013, she's spending Thanksgiving in London, and gets to hang out with Barry Humphries aka Dame Edna and me. Well, strictly speaking, she's spending more time hanging with the Humphries but we did spend about an hour last night talking face to face.

It went something like this: me and some 149 other fans rocked up to Foyles bookshop on Charing Cross Road in London to hear her sold out talk about her latest book. I got there EARLY, had a nice chat with Andy, Foyles' event manager and possibly the sweetest man in the world, and landed a seat in the front row, directly in front of Amy, having guessed correctly which of the two chairs she would be sat in.

Then me, my tiger pants and hot pink patent Doc Marten's settled in waiting for the show to start. I passed the time reading Shanghai Baby by Wei Hui (Anais Nin and Henry Miller's Chinese baby) and chatting to my two neighbours. There was the lovely Brett, a young American English Lit student from Long Beach California who was spending one semester at the University of Leicester, had come down to London on the bus and was clutching his advance copy of The Valley of Amazement which his Mum had couriered to him from Long Beach. Then there was Brenda, a deep voiced older American lady from LA who turned out to be a documentary maker, a huge Amy Tan fan ('I've brought all 8 books from my collection for her to sign. Only found out this afternoon that she was doing this event and moved heaven and earth to be here.') and an even greater fan of my tiger pants.

The talk was great. Towards the end I was one of 3 picked to ask Amy a question ('In your work, you use elements of your real life mixed in with fiction, do you have any plans to feature Bobo (her Yorkshire Terrier puppy) as a character?')  Not very highbrow but I figured that a month into her book tour, she might appreciate a question she probably hadn't answered before.

The road to restraining orders is paved with good intentions. Instead of informed and fun, I may have come across as the weirdo stalker with a crush on Bobo. But ever the consummate professional, Amy proceeded to answer my question with grace and thoughtfulness. Meeting Amy Tan in the flesh is how people have described meeting Queen Elizabeth II: flawless skin, tiny and luminescent. Amy has a transatlantic accent and a beautifully modulated voice not unlike the female Chinese speaker in my Pimsleur lessons who's pronunciation I'm trying to emulate. Everything she says sounds sexy and precious and in impeccable taste.

Unlike, some would argue, my tiger pants and pink Doc Marten's combo (and Oilyly bag).

I wish I could be her (Amy Tan that is). And if not her, at least her editor. Amy regaled us with an anecdote about working out  how much sexual language and sex scenes to include in her novel, with her (male) editor. At the end of the conversation he said to her: 'Amy, let me think about it. Right now I'm in the middle of Naomi Wolf's vagina.' Turns out he was referring to Wolf's biography 'Vagina' published last year, which he also edited. Imagine being so good at your job that you get to edit Tan and Wolf in tandem.

Speaking of being good, here's an update on my Chinese lessons. I'm becoming more confident constructing more complex questions/answers and have been learning some interesting vocabulary: hobby, listen to music, classical music, read books, novels, gym, running, tai chi and coffee house. I also understand 'fill out this form, please sign here' and 'can I use travellers' cheques - they're in US $ - as I don't have any cash.'

And on the acting front? I met a healthcare specialist a few days ago for the first time and she greeted me with a 'have we met before?'. Now, I get that a lot. I look like people's Irish cousin, a long time friend, a French actress (my personal favourite), or someone on the telly (that would be me in the Heinz tomato ketchup advert which is still running on high rotation here in the UK - long may that continue.) It turns out that although we had never met before, she had indeed seen me before, in my first ever and only corporate gig out of Drama School: a video about the importance of children for clinical studies aimed at Healthcare Professionals. It prompted my husband to quip: 'So, you're big in healthcare.'

I'd rather be in the middle of Naomi Wolf's 'Vagina'.
Posted by Isabelle Gregson at 16:23 No comments: 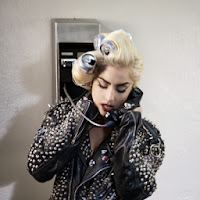 Where were we? Ah yes, I'd just sat down to await my turn for the 'awkward moment' audition having just had an awkward moment of my own with my indiscriminate mention of budgie smugglers...

Casting studio dude: Isabelle? Up you go.
Me: Ok then. Thanks

Director: Hey Isabelle, thanks for joining us. Love your bag!
Me: Thank you.
Director: Everybody, this is Isabelle. You know, the one who shouts 'budgie smugglers' at complete strangers. Maybe we can get her to do it again. Ok Isabelle. Sit at the desk and imagine it's a family dinner table. This is the best holiday dinner ever but it's all about to go wrong. You get splashed with gravy all over but you pretend like nothing happened. You know, stiff upper lip and all that.
Me: OK.
Director: and... let's do it.
Me: Oh, patron saint of actors and lost causes please give me a sign: do I start now or do I wait for him to say action?

So I started miming being at the dinner table, eating, passing the salt, checking that my imaginary children had everything they needed, offering them more mash. I really got into it but suddenly realised there would be no cue for the gravy splashing and I'd better get a move on. So I did a weird all over body shudder and then wiped the imaginary gravy off my face and imaginary blouse with my imaginary napkin all the while trying to put a brave face on (which most likely resulted in me looking rather wild eyed and demented.)

Director: O-kay Isabelle... That was good. What was that!? Especially the set up. You took ages!  But can we do the splashing again? And maybe this time you can carry on eating as if nothing happened... You're supposed to be an actor! I'm ever so disappointed  I really expected more from a budgie wrangler. Ah well...
Me: Ok. I'm sorry!
Director: and... let's do it.
Me: Why oh why won't he say action? Or give me a cue for the splashing so I can act surprised? I'm so rubbish. I'm so not getting this job. Why are they even asking me to do it again?

So I repeated the whole sorry scene, tacking on a bit of brave face eating at the back end but to tell you the truth, my heart wasn't in it.

Director: Ok. Thank you. I hope the next one's better.
Me: Thank you. I'll never get another audition.

Fast forward to Saturday night and the MTV Staying Alive Foundation charity gala. (Check it out, they do really cool AIDS prevention work for young people.) We had the tux, we had the gown, (and the new trunks). I put on my fiercest face paint (I'd done a dry run a few nights before at 2 in the morning channelling Lady Gaga), sleeked my hair back (do you know how hard it is to slick back a short fringe?) and pulled on my gorgeous new dress.

I'd bought some gold and silver glitter sprays from Claire's (a UK chain that caters to the beauty needs of the under 12s which is about my styling age as I wasn't allowed to experiment with make up as a teenager) and sprayed it over every inch of exposed flesh - all the while hoping I wouldn't end up like the dead girl in Goldfinger.

We got to the party early and met up with my friend D. for a game of celebrity spotting: oooh look, there's Boris Becker, Linford Christie, and Julien Macdonald fresh from his stint on Strictly Come Dancing... Then the rest of the party arrived and - this is the thing with my friend D. - his other guests were more interesting than the A-listers! It was like meeting the cast from Cluedo but without a murder:

First there was Miss Scarlet, international conceptual artist who combines beauty, wit, the authority of an admiral, and a deep sense of humanity. She rocked the black fish tail look.

Colonel Mustard was a cool, suave and debonair American, working in DC (he denied being a spy but I'm sorry, regular people do not look that good in a tux). I made a mental note to ask him to explain the plot of Gravity's Rainbow to me once we knew each other better.

Professor Plum (the young cool version): a young engineer who builds Rolls Royce engines in his spare time (just kidding, that's his job). Imagine a cross between David Niven and Marcel Dassault in the making. I thought about my crappy little audition from the day before and cried a little on the inside.

Mrs White (the young sexy version): an opera trained Beijing-based performer with more wit and vim than Truman Capote, and Mr Green (the decadent playboy version) who had some fantastic anecdotes.

Then there was the Willy Wonka of Design, rivalling my friend D in the sweetness stakes. If it were me, and I'd designed the new London bus, and the UK pavilion at the Shanghai World Expo amongst other design wonders of the 21st century, I think I'd cop a bit of a diva attitude. But he was just lovely. He even complimented me on my mother-in-law hand me down of a clutch (which - if truth be told - does rock some pretty nifty giant diamante action) which made me feel 10 feet tall.

And finally, there was what appeared to be the by-product of a cougar's fantasy: combining the looks of a GQ model, a posh pedigree, rugby player, avid skier, sky diver, linguist, Cambridge scholar with a social conscience and all around cutie. I figure, once God finished putting him together, he took a step back and thought: 'gee I wish I'd based the whole lot of them on this model but I can't be bothered with a world wide recall so I know, I'll just make him a twin!' And he did. (The twin wasn't there because even at an MTV gala, you can only take so much perfection.)

I can attest he was pretty real as he ended up sitting next to me at dinner. I know, right, how lucky was that! Even luckier in the lucky stakes was that my husband sat directly opposite me so I was able to blow kisses and mouth 'I love you's' across the table all evening.

And that, as they say, is that.

Posted by Isabelle Gregson at 10:12 No comments:

Isabelle Gregson
Welcome to As the Actress Said to the Bishop... Acting is awesome but it ain't putting food on the table so I moonlight as a global branding strategist. As China is the "new global" and has the world's second largest box office, I'm learning Mandarin! The plan is to chart my progress and keep you posted on how it all pans out...